The Santa Caterina is just 3 km from the characteristic medieval village of Castelnuovo di Val di Cecina. This valley actually covers a vast area that is littered with small medieval villages, the most notable of which is Castelnuovo that has spread and grown to resemble a pine cone with a bell-tower perched on top.
Castelnuovo Val di Cecina, located at 500 m above sea level, has a population of around 2,500. The agriturismo is not far from thriving chestnut groves that provide a plentiful supply of chestnuts and mushrooms during the autumn, and in fact the Chestnut Festival is celebrated in the middle of October every year.
Those who love to hike or mountain bike will be happy to know there are numerous trails that cut through the countryside. One in particular, not far from Sasso Pisano, is 5 km long and provides a unique opportunity to admire endogenous geo-thermal phenomenon that make one feel as if one is in the middle of Dante’s Inferno, surrounded by steam geysers and hot water springs. Archaeological relics found nearby prove that there was a spa here built in Etruscan times. It is thought that the location was probably a transit point between Volterra and both Populonia and Etruria.

Other major towns nearby include Volterra and Massa Marittima, 39 & 30 km away respectively. San Gimignano is also quite close by whilst Siena and other Art Cities such as Pisa, Lucca and Florence are not far away either.
Santa Caterina is also within easy reach of several seaside resorts including Follonica and San Vicenzo; the latter also has a beach that allows dogs.
Some distances from the Santa Caterina:
- Massa Marittima : 27 km
- San Gimignano: 55 km
- Siena: 60 km
- Florence: 100 km
- Follonica : 47 km
- San Vincenzo: 54 km

We just made an organic garden, the delicious products of garden will be served to customers who want to take advantage of the catering service of the farm .
>>Read 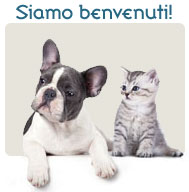